Specializing in the Maintenance of all Audi Models

The sport elegance of the German-engineered Audi is now among the top class of cars in the world. Audi owners are proud of that distinction. We hope to gain your confidence.

We are an independent German auto repair shop which offers complete car repair and auto service for every automotive system in your Audi. As a leader in the industry of German car repair, Haik’s is familiar with all the strengths and weaknesses of your automobile.

Every repair or service at Haik’s is performed by a certified mechanic who is a master of your particular model. Whether your Audi needs a water pump, battery, brakes, spark plugs, brake fluid change, has a check engine light on, is running poorly, or just needs a routine service, we are equipped to perform the task.

For Audi service near you, please call us when your car needs some TLC. 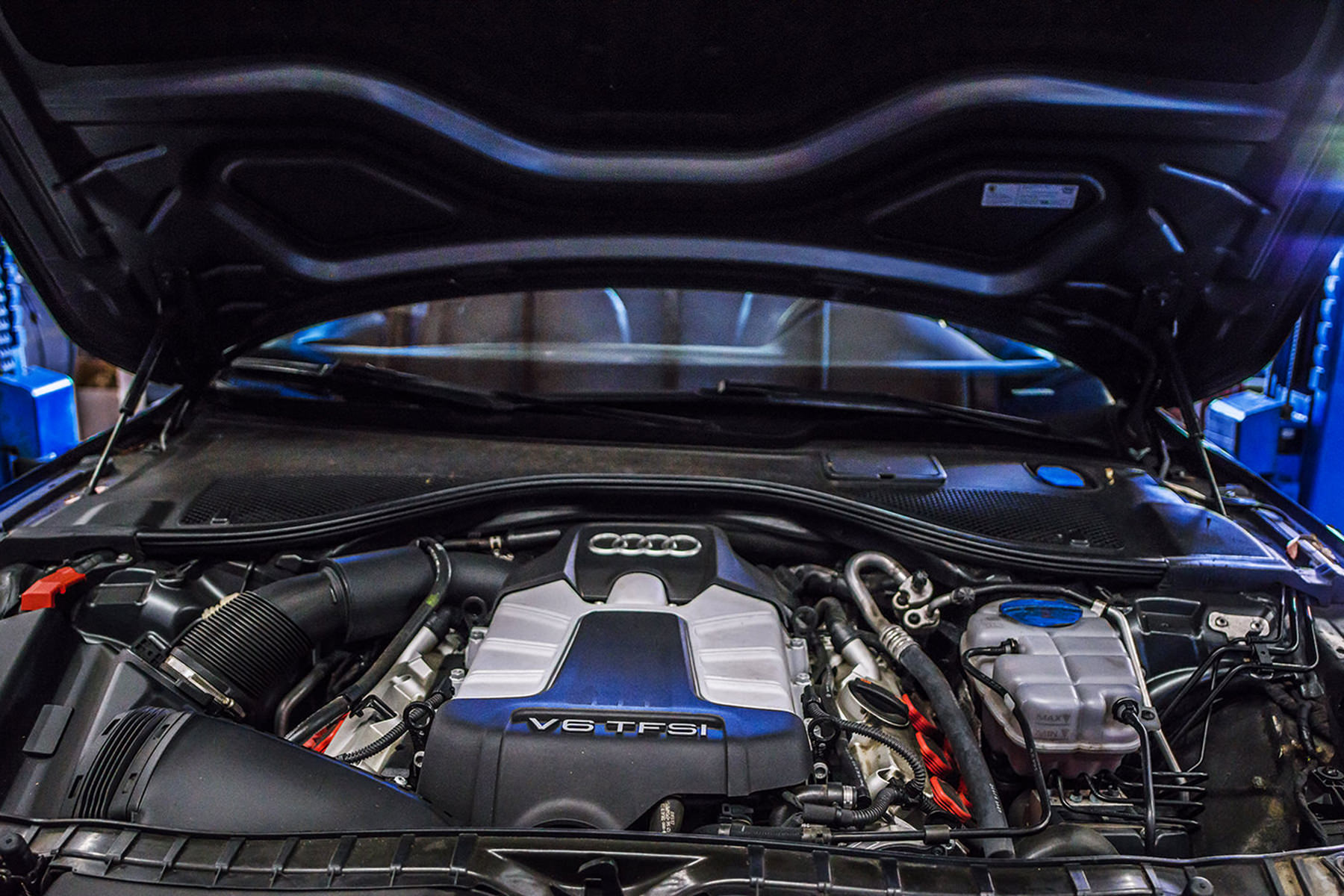 As an independent auto repair shop, we offer you personalized service in every transaction. You are free to speak directly with the mechanic who performed the work on your car. 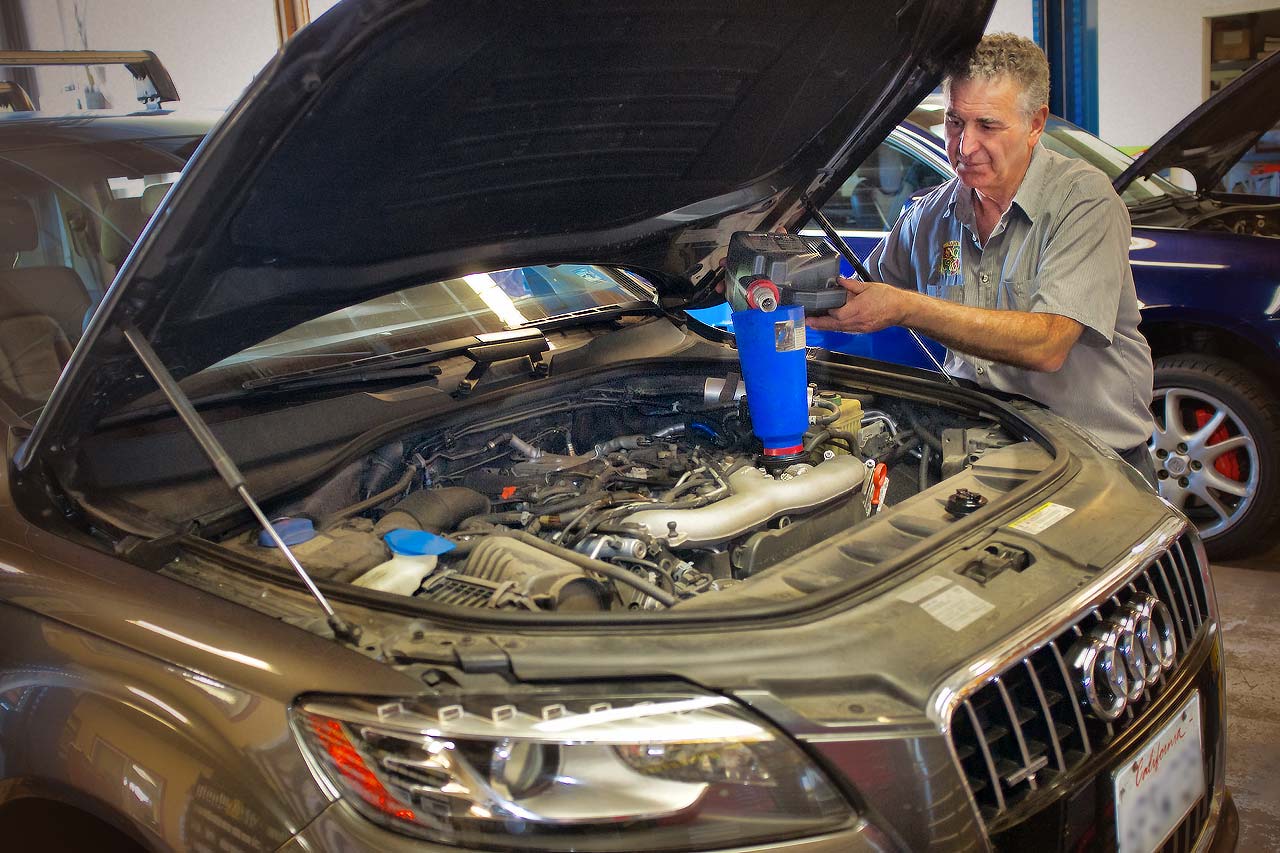 For More on Audi Service See Our Services page

For More on Audi Repair See Our Repairs page 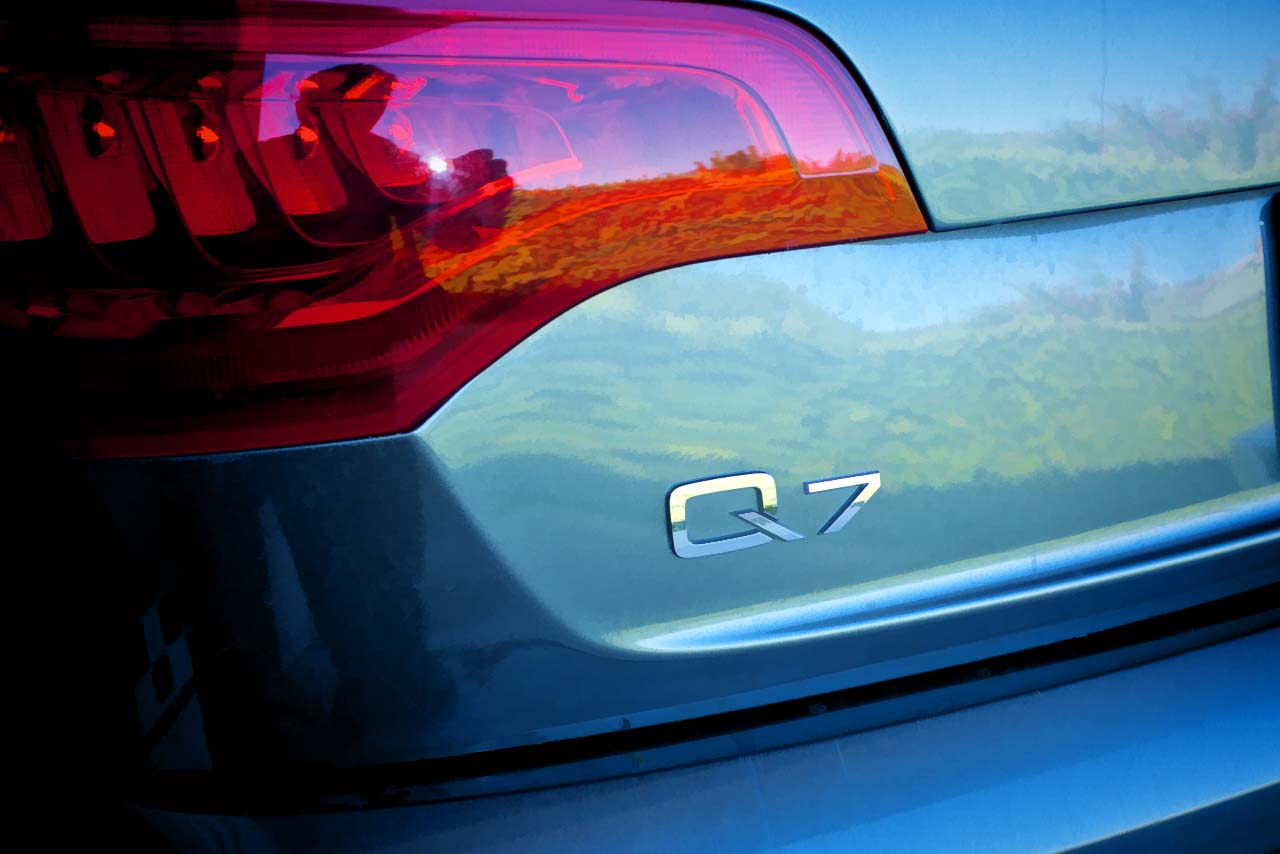 We offer both Factory Service and Custom Service Schedules -- You choose!

Today’s Audi is a very sophisticated machine. Virtually every system from engine, transmission, braking to air bag, adaptive chassis control, steering are electronically monitored and controlled. State-of-the-art electronics and highly advanced automotive systems require high-level skills to maintain and repair. Today’s mechanic must have electronic skills along with the mechanical skills. In addition, he/she must have sophisticated test equipment such as a scanner (scan tool) for diagnosing electronic and mechanical problems. The mechanic must also have up-to-date technical information on each model car for each job performed.

The first stage of every repair is diagnostics. Accurate diagnosis is always prerequisite to repair. Mis-diagnosis leads to repair failure, lost time and extra expense. While good test equipment is vital, even the best test equipment does not replace the operator of the equipment. It is the mechanic who must ultimately find the source of the problem and repair it.

At Haik’s we have all the speciality tools, mechanical skills and factory information required to maintain your model of Audi, including the latest. The scan tool we use for diagnosing electronic and mechanical problems is of the highest quality. The expertise of our mechanics guarantees that your car will be serviced and repaired to the highest standards of automotive excellence. All work is performed to factory specifications or above.

For more details see our SERVICES page and scroll down to "Inspection (Car Check).

*Note: Not all VW/Audi engines are interference. One might ask, then why make interference engines? The reason is higher compression as the piston comes up higher in the cylinder and gives better performance.

These belts should be replaced at factory specified intervals.

When the timing belt is replaced on Volkswagen/Audi engines there are other parts replaced at the same time for a complete job. The timing belt, belt tensioning roller and idler roller are a part of the repair.

The entire timing belt job with water pump is approximately six to nine hours long, depending on model. It is the most costly major service expense the vehicle requires on a routine basis.

Visual inspection does not always reveal a worn or damaged belt

Sometimes the timing belt shows no sign of damage or wear, so it is wise to replace it at the designated interval.

One Audi was towed to our shop because the engine would not start, even though it cranked freely. The customer stated he heard no noises when the engine stopped running. Ignition, fuel delivery, fuel injection were in order. There were no vacuum leaks. The timing belt felt tight. We pulled the spark plugs and ran a compression test. Compression was zero is all cylinders. Removing the timing belt revealed teeth on the belt which had been sheered off at the bottom of the crankshaft gear where it couldn’t be seen with the belt on. The crankshaft was turning, but the camshafts were not. It is a mystery how the customer could not have heard the noise when it happened, but the valves were all smashed.

The Audi automobile company’s inception date is August 25, 1910. It was a successful automobile brand until 1939 when the name disappeared from new car sales market for two and a half decades. It was revived by Volkswagen in 1965, after VW's purchase of Auto Union from Daimler-Benz.